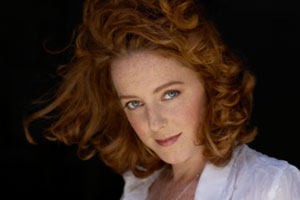 Rooted in the Blues music that took hold of her during college, Kirsten Thien expresses the truths of life and love with a modern twist‹while she keeps the party going. Her love of Soul and Rhythm and Blues from the 60¹s and 70¹s, as well as her own take on Rock Œn Roll, combine with the Blues to create a sound that is at once original and immediately understood. The Portsmouth Herald calls Thien¹s CD “You’ve Got Me” a ³classy collection of timeless tunes,² while The Virginia Pilot says ³Bluesy, soulful and rocking is what the Kirsten Thien Band is all about.² Kirsten is currently working on her third studio album and has been touring the East Coast since 2004.