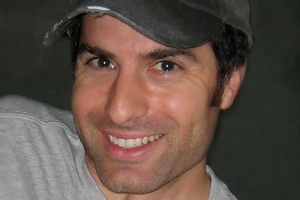 Chris Tedesco is a New York City based songwriter, multi-instrumentalist, producer and arranger. For the past eight years, he has kept one foot in New York and one in Nashville. He is the founder and bandleader of Nashville based country music group The Ranchhands, a five piece touring machine that has performed over 800 concerts in 20 countries over the past 7 years. In 2005 and 2006 he was one of three nominees for the French Association of Country Music’s international musician of the year, losing out to Keith Urban and Brad Paisley. In 2008, Tedesco’s Ranchhands broke ground in Eastern Europe as the first American country music band to perform in Albania and Bosnia. His songwriting for The Ranchhands, though rooted in country music, embodies elements from several other genres making the songs very accessible to a variety of music fans.  In 2007, “When Everything Changed” (a Tedesco penned track from the CD “Driven”) was chosen as the feature song on a worldwide CD release named Stomp Out Cancer benefiting the fight against Ewing’s Sarcoma. All three CD releases from The Ranchhands have received generous airplay across the globe.  With his band mate and lead singer Mickey Kennedy, The Ranchhands continue to break barriers in the world of country music.

Outside of The Ranchhands, Chris has been an active part of the downtown music scene in New York for 16 years. At the age of 22, he teamed up with studio veteran guitar player and songwriter Gordon Gaines (Donald Fagan, 10CC, Gary Katz).  Gordons’ mastery and skill as an elite and inovative guitarist is the single biggest influence on Chris’ writing and playing. In addition to weekly performances with Gordon, Chris was a regular sideman on violin, guitar and mandolin for many of New Yorks best singer songwriters including Artie Lamonica (The Shirts), Annie Golden, Jim Lampos, Steve Tannen (The Weepies), Peter Spink, Jeremy Wallace, David Ippolito and Caroline Doctorow, as well as touring artists Jane Siberry, Richard Barone, The Angstones, Harlem Parlor Music Club and The Shirts.  He also performed each year on electric violin with The Downtown Messiah at The Bottom Line, adding some downtown flavor with a wah pedal, delay and distortion to Handel’s masterpiece.

On a bigger stage, Chris performed on stage with legendary screen actress Ann-Margret for nearly two years with the national touring company of Broadways The Best Little Whorehouse In Texas.

Chris continues to write songs on an ever-expanding platform; from hit country, to adult contemporary, to commercial jingles to 40 piece string sections, to collaborations with New York and Nashville’s best writers.  Every week brings a new project, and every day brings new inspiration.